WHY THIS TOPIC:  Parents are People Too is an Emotional Fitness Program for Parents.  It is based on the belief that children are strong and don’t need hover parents seeing they are happy all the time. Too many parent advisors are pulling the bad parent alarm. 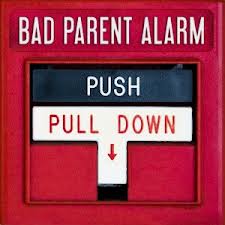 Believing children should be happy all the time is a myth imposed by the happiness gurus and the soft love parent advisors.  Why?  For one, happiness sells better.  But of equal importance is that criticizing parents resonates with our hurt inner child.  AND we all have a hurt inner child.

Inner child pain aligns us with childen and calls on the part of us that  does not want not to inflict that on their children.  When my mother’s emotional problems had me sobbing in my room, I vowed I would never do the same to my children.  Then I became a parent and my mother’s voice, stored as a memory of the way parents are to behave, began screaming her way out of my throat.

Many of my students, recalling parental abuse, talked about  having all their A’s ignored, while a B+ was questioned.  That kind of parental failure is a mosquito bite in the arena of childhood, or should be.  Instead it has been placed in the arena of abuse and seen as the equivalent of beatings that bruise (the definition of physical abuse—not the occasional spank that does not leave marks).  The mosquito bites of failed parenting are not the equivalent of emotional abuse.  Emotional abuse is defined as  constant criticism, ridicule, coldness, hostility, with no counter balance of love and affection.

This post was inspired by Ellen Siedman’s post on the blog Babble.com.   She tells a tale about innocently taking a lick of her child’s ice-cream cone, only to have her daughter throw a hissy-fit (major temper tantrum). Ellen threatened to throw the ice-cream cone in the trash, if the daughter didn’t regain control.  Her daughter didn’t, and Mom dumped the ice-cream.  I probably would have eaten it. Why waste a good ice cream cone?  Later, Mom bought daughter a Frozen Yogurt, and sort of sees that as a failing.  I see it as a counter balance.

Ellen berated herself and then asked us to at least give her an A for effort.  She then listed something like 50 mistakes parents make, saying she had made them all.  Sigh.

I didn’t read that part of her post. I didn’t want to give my inner guilty parent more things to feel guilty about.  Read them if you are a Marine Sergeant type of parent. That kind of kind of father was well protrayed by Robert Duval in the movie The Great Santini. But even he had positives. He lived his life modeling how he wanted them to live. Still, the Great Santini did fall in the category of abusive parent. Obviously, Ellen does not. My tips revolve around Ellen’s request  that we give her an A for effort.  I upgrade that to an A+.

These tips are part of my on-going rant against some parent advisers. They need to take a bit of their own advice.  Parents are constantly being told to catch children doing the right thing rather than focusing on their mistakes. Some advisers need to talk a bit more about what parents do that is right.

Mistakes promote learning and growing. Handled properly, pointing out mistakes can be healthier than dishing out too easy praise. At the same time, it is not as easy and not so quickly rewarded.

Parent Tip One:  Properly handled criticism promotes bonding.  Here is a funny story on me.  I am the tough Grandparent.  David is the Soft Grandparent.  He told me this morning that he asked Ben to list his best friends.  Here is the list:

Score one for the tougher parents, Mom and Grandma.  And thank you, David for sharing. Was a nice gift for me.

Parent Tip Two:  When you can, do the right thing. The science of proper criticizing is all over the web; there is even a Wiki How on the subject. Most offer the advice to be calm, focus on the behavior, not the person, and offer it as a sandwich, two slices of praise and the criticism in the middle.

My criticism of that approach is that as in the situation Ellen described, we become most critical in stress-filled situations where calmness and praising are as likely as winning a Powerball lottery.  We need to try, but life’s odds are often against winning.

I generally like the 12 steppers advice: “Say what you mean, mean what you say, and don’t say it mean.”

Both are reasonable ways to criticize, but believe me, when a child is stepping on your last nerve, you probably won’t take that road.

Tip Number Three:  Do your best and if you really blow it, put yourself in Time Out.  Two year old Ben loves it when we admit to a mistake and put ourselves in Time Out for a few minutes.  Then we have to say what we did wrong, apologize and ask for a hug (forgiveness). Just as he does when coming out of Time Out.  Even Punky the pup gets put in Time Out.

Tip Number Four: Make amends. If you really feel you blew it, after coming out of Time Out, offer an amends. This is what Ellen did when she bought her daughter a frozen yogart later that night.  Her amends would  have been  stronger  if she had done it as a conscious gesture, instead of berating herself.

PRACTICE KINDNESS. Like this post or share it.  I need all the caring I can get. Not only will you be helping me stay strong but perhaps a few others as well. Karma dictates your kindness will be returned.

You will also be practicing one of the 12 Daily Emotional Fitness Exercises and strengthening your emotional fitness.

Good luck, life is a struggle, caring for children harder than you expect AND despite the struggle, life as a parent is also wonderful.