A QUESTION ON SEX

In the chapter about sex ( of ‘When Good Kids Do Bad Things‘) you speak positively that no matter what parents’ goals are when it comes to sexual activity, they are achievable. How can you be so positive about this sensitive topic? 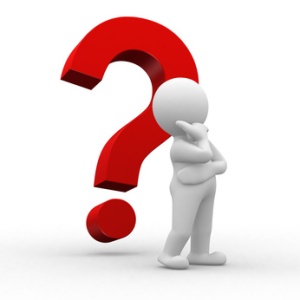 Because I also said, doing so would be extremely hard.  Moreover, I am not certain any modern parent living in the West can do everything that needs doing to ensure their beloved son or daughter follow the parents desired path, particularly when nature has a different agenda. Interestingly enough, the more liberal your views, the more likely your child will deviate somewhat from your teachings.

Still parental views can be imposed and followed.  This is done in many  fundamentalist religious groups where chastity before marriage is a must. Moreover, those same groups have little open same sex love. Those attracted to the same sex, suffer to be sure, but given the conditions I discuss below, parental and cultural edicts are followed. Here are the strategies these groups employ.

Not my way, probably not yours.  My way with my sons and my foster children was to promote responsible sex.  I discussed those ideas in an earlier blog post.

WHAT’S A PARENT TO DO?

As I have noted elsewhere on my blog, or in comments on other people’s blogs, as well as in the book, promote responsible sex.  By that I mean the following:

I also made it clear that I felt most teenagers were not ready to have intercourse.  Nature pushes them and the media pushes them, but I ran into very few, particularly girls, who were happy about being sexually active  in their teens. The younger the child, the more unhappiness seemed to attended “going all the way” as we called it when I was growing up.  In my day heavy petting was okay and that often taught us about foreplay and the pleasures of foreplay.  I worry now about what I hear happens among some groups of teens.

Sexual pleasures are a great gift; and the confusion and pulls from the extremists on either side make life very complicated for our young people.

So my hard core advice, know your goals, talk about sex early and without embassament or angst, but also with an awareness of age and stage; promote your values, pray to the higher power of your choice and stand by your child if he or she comes to you with problems.

Like Loading...
This entry was posted in Parenting Issues and tagged but hard, help for parents, Katherine Gordy Levine, Keeping teens virginal--possible, Mixed messages, parenting, Parenting advice, postaday, Responsible Sex, teenagers, Teens and sex, Thinking about what matters, What is a parent to do., When Good Kids Do Bad Things. Bookmark the permalink.